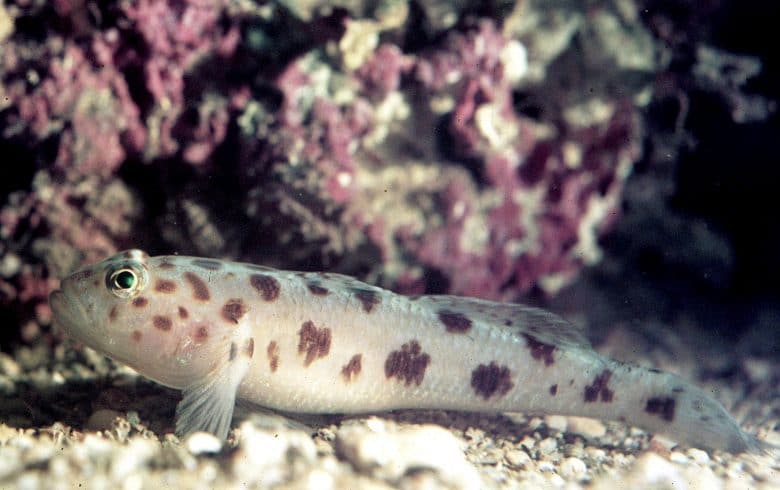 Did you know ?
The leopard-spotted goby is a nocturnal hunter so it is quite difficult to see.

The leopard-spotted goby is a cave-dwelling species that is easy to recognise because of the brown, red or orange spots on its body and head. The body in the background is blue-grey, cream or pinkish. It feeds on small crustaceans, worms and molluscs. It is a small fish, no more than 13cm long, which lives on the sandy bottoms of underwater crevices and caves down to 40m deep. It is found all over the Mediterranean though rarely in the south, and from Scotland to Morocco in the Atlantic.