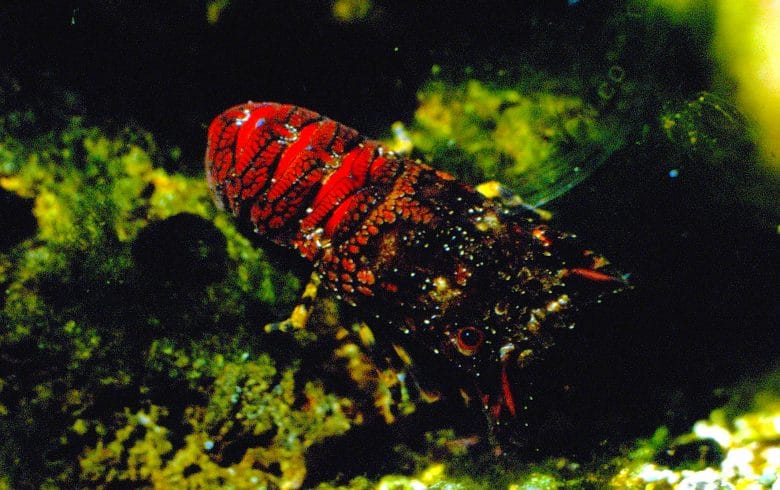 Did you know ?
When slipper lobsters are removed from the water, they rub their lobes together. Their French name means “sea cicada” because of the sound this makes.

The lesser slipper lobster has a squat, greenish-brown body with red and blue markings in between each tail segment. Its antennae look like two wide paddles in front of its head. It is smaller than the Mediterranean slipper lobster, measuring no more than 12cm. It hides by day, living in dark rock crevices, caves and Posidonia seagrass rhizomes, and prefers to come out at night to look for food. The lesser slipper lobster lives between the surface and 50m, in the Mediterranean except the Black Sea, and in the Atlantic from the Gulf of Guinea to Scotland and Brazil to North Carolina.