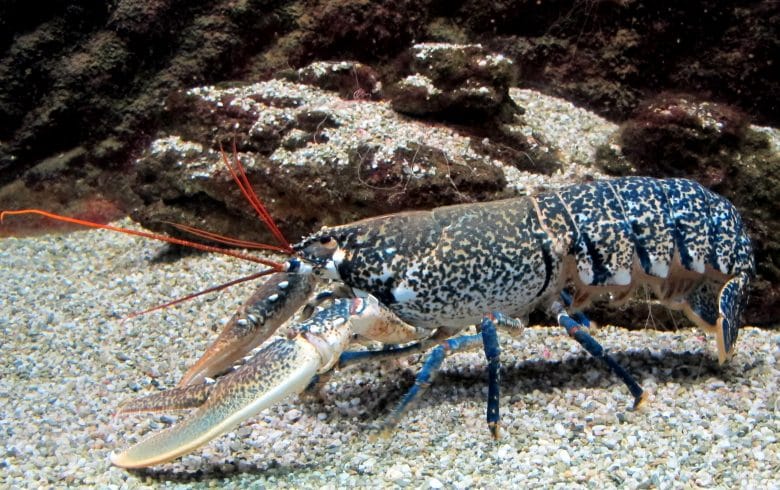 Did you know ?
It is quite rare in the Mediterranean and as a nocturnal animal, quite hard to spot.
Lobsters eat food waste from conger eels, and the two species are often found together in cave mouths, except for juveniles, which are one of the eel's favourite prey!

This large crustacean can be recognised from its dark blue colour with beige spots, its red antennae and two giant claws. It uses the thinner one to cut pieces of fish flesh and the larger one to crush shells. They can be up to 60 cm long.
The lobster is a solitary animal that lives along rocky coastlines in cracks and crevices from 25 to 100m deep. They are found in the Mediterranean except in the Black Sea, and in the Atlantic from Morocco to Scandinavia.