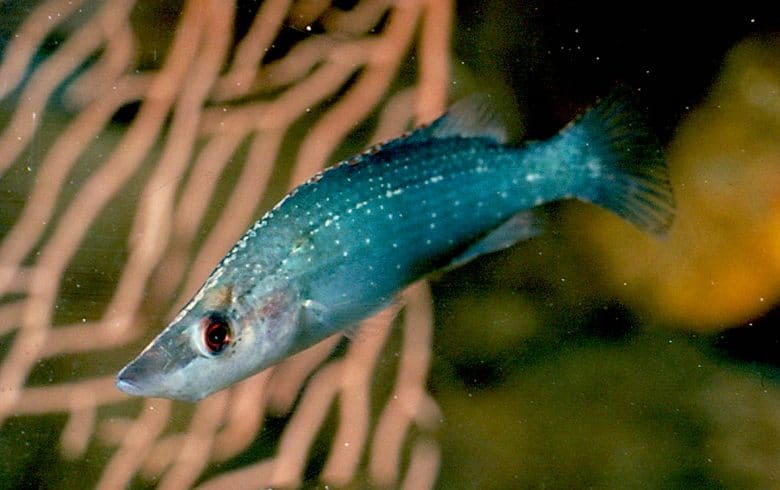 Did you know ?
During spawning periods, the male builds a nest from algae and attracts several females to lay their eggs for him to fertilise and then guard!

The longsnout wrasse has a long body that is very laterally compressed. Its long, pointed snout is concave on the top. It has variable colouring, from rusty to reddish or greenish, and often has a light longitudinal line along its head. The female has a black urogenital papilla. The longsnout wrasse measures no more than 13cm long and feeds on small benthic invertebrates. It lives in Posidonia seagrass meadows and on rocky bottoms down to 20m below the surface. It is endemic to the Mediterranean and found in the western Black Sea.