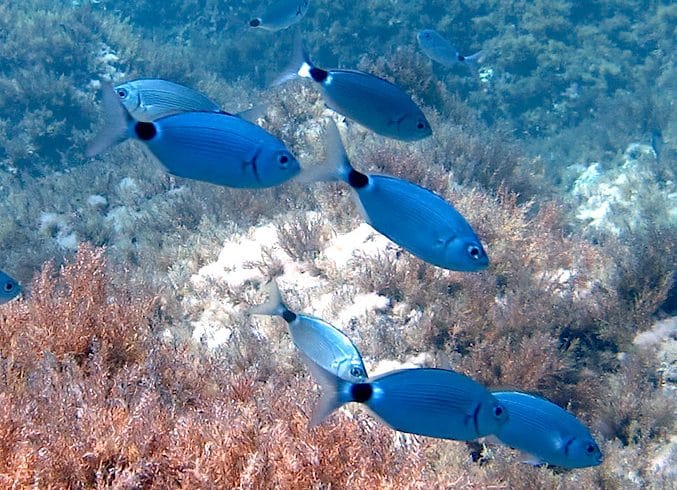 Did you know ?
Generally males and females are separate individuals but there are some protogynous hermaphrodites (i.e. who start as females).

The body of the saddled seabream is oblong and longer than the white seabream. Its mouth is oblique and it has a silvery grey body that is darker on the back, and fine black longitudinal lines on its sides. There is a large black mark with a white border on the caudal peduncle. Saddled seabream feed on small invertebrates and measure up to 30cm at most. They live on rocky bottoms and in Posidonia seagrass down to 30m below the surface. They are found all over the Mediterranean but are very rare in the Black Sea. In the Atlantic, they occur from the Bay of Biscay to Angola.