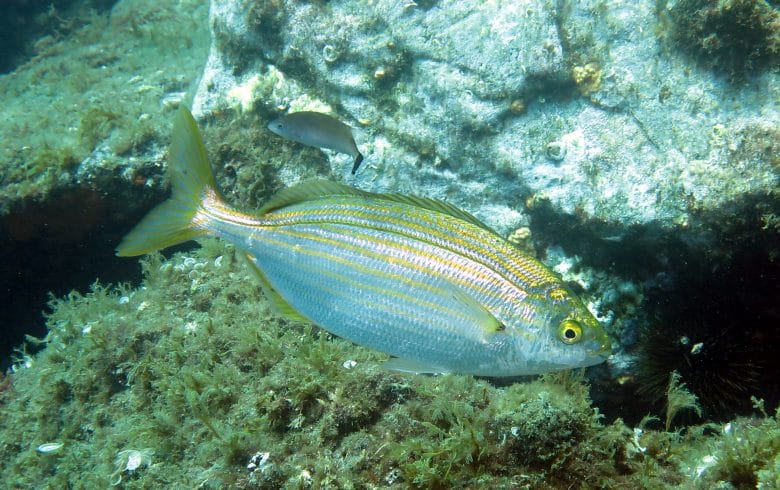 Did you know ?
It is a protandric hermaphrodite, meaning that it begins life as a male and becomes female with age.

Salema have long, oblong bodies, small heads and blunt snouts. They are silvery or blueish grey with about 10 clearly marked golden, longitudinal stripes and a black spot at the base of their pectoral fins. The caudal fin is dark grey. Salema swim in tightly-packed schools composed at times of several hundred individuals. It is one of the few herbivores among Mediterranean fish and grazes on algae and the soft tips of Posidonia seagrass. It can grow to 45cm long. Typically observed in seagrass beds, this species also lives on algae-covered rocky bottoms down to 70m deep. It is found all over the Mediterranean but rarely in the Black Sea. In the Atlantic, it occurs from the Bay of Biscay to South Africa.