› Articles › The battle for the climate: Climate Action Summit and IPCC Report 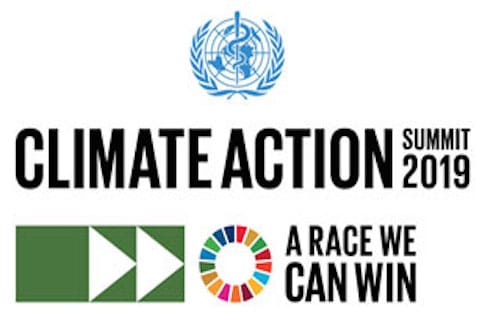 The Climate Action Summit and the official publication of the IPCC Report Ocean and Cryosphere within a few days of each other highlight the necessity of taking our destiny in hand in the matter of the climate: as Antonio Guterres, Secretary General of the United Nations, insisted in a column in the French newspaper Le Monde last spring, we must at any price “win the battle for the climate”.

A Climate Action Summit to speed up the decision making process

The Climate Action Summit on 23rd September, organised by António Guterres, Secretary General of the UN, is intended as a booster for the implementation of the Paris Agreement on climate change. The signatory countries may well have already produced action plans, but these are not enough to limit the increase in climate warming to a level below 2°C. Given the urgency of the situation, António Guterres is today calling on everyone to make a further effort without delay: “Only much more ambitious actions will do,” he said. “This is why the Summit will target the fields that are at the core of the problem, that is the sectors that generate the most emissions and the areas where the development of resilience will have the greatest impact”.

The Summit, which will bring together members of governments and also deciders from the finance sector and representatives of civil society, should serve as a springboard to introduce, in the very short term, measures aimed at developing ‘cleaner’ economies based on the resilience of ecosystems, and on their ability to absorb climate change-related impacts.
To meet the goals defined by the Paris Agreement is today not an option but a necessity.

A Report, Ocean and Cryosphere, which highlights the urgency of the situation

This special IPCC Report on the Ocean and the Cryosphere (sea ice, glaciers, ice caps and permafrost) highlights the same urgency. Although it will not be officially published until 25th September in Monaco, part of the content has already been revealed. The conclusions of the experts are alarming. They offer estimations of both the impact of climate change on the coastal, polar and mountain ecosystems, and also the impact on populations. We may cite, for example, among other figures, a forecast sea level rise of 40 cm in the oceans by 2100 owing to the melting of glaciers and polar icecaps, and the displacement of more than 280 million people worldwide, but also the thawing of most of the permafrost, which would release into the atmosphere an enormous quantity of carbon trapped in the frozen soil. The picture is far from rosy, and will no doubt be made worse by the increase in flooding episodes, more powerful cyclones, an increase in the acidification of the oceans which will endanger the marine ecosystems.

So this is no longer the time for raising awareness but for the time for action – immediate, targeted and effective. At all levels.