› Articles › One Ocean Summit: commitments at the summit for a more sustainable ocean 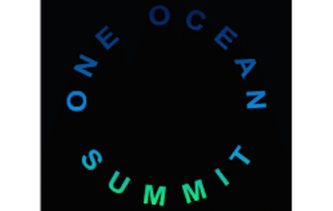 The international Summit dedicated to the Ocean opens in Brest on 9th February. The aim is to go beyond a status assessment, rather to mobilise the international maritime community and to make real commitments. Patricia Ricard is among the ambassadors for this event. She will be speaking following a workshop dedicated to the sea as nursery, as rapporteur for the heads of state.

The One Ocean Summit, held with the support of the United Nations, will be organised in two parts: on 9th and 10th February, more than thirty events, workshops, forums and meetings will be held ahead of the high level segment on 11th February. For two days, some three hundred scientists, military personnel, government officials, European commissioners and local managers, representing fifty-five nationalities, will tackle topics related to our oceans. From the preservation of biodiversity to blue finance, as well as nutrition and governance, the aim is to go beyond status assessments and to propose real solutions.

Commitments at the summit

At the press conference to launch the Summit, in the presence of Jean-Yves Le Drian, minister for Europe and foreign affairs, Annick Girardin, minister of the sea, Bérangère Abba, secretary of state in charge of biodiversity at the ministry of ecological transition, the tone was given. Peter Thomson, the United Nations Secretary General’s Special Envoy for the Ocean, invited the States to put an end to subsidies harmful for the fishing industry; to stop plastic pollution; to adopt a robust treaty for the high seas; to commit to the protection of 30% of the ocean under national jurisdiction by 2030; to achieve Sustainable Development Goal (SDG) 14 and to mobilise funding. He asserted that Brest would be part of the solution towards implementing SDG14. During the high level round table – moderated by Olivier Poivre d’Arvor, the President of the Republic’s special envoy to the One Ocean Summit and ambassador for the poles and maritime issues, several personalities with a strong commitment to the ocean – Françoise Gaill, Emeritus Director of Research at the CNRS; Jimmy Pahun, member of the National Assembly (Morbihan 2nd circonscription) and member of the Commission Développement Durable et Aménagement du Territoire (sustainable development and territorial management commission); Teva Rihfritsch, Senator for French Polynesia; Antidia Citorès, spokesperson for the Surfrider campaign and vice-president of the  Ocean and Climate Platform; François Gabart, yachtsman; Erik Orsenna, writer, occupying the chair of  Jean-Yves Cousteau at the Académie Française – recalled the importance of preserving our oceans.

The stated aim is to mobilise the international maritime community with immediate effect. France, which has recently taken over the presidency of the European Council, is particularly concerned by ocean-related issues given its extensive coastline and overseas territories. The stated ambition is for everyone to accept their responsibilities. On 11th February, President Emmanuel Macron will bring together heads of state and heads of government, leaders of multilateral institutions, heads of companies, deciders from civil society, with the aim of making real commitments. A range of tangible initiatives will be launched on that occasion: they will focus on the protection of marine ecosystems, sustainable fishing, combating pollution, in particular plastic pollution, solutions to tackle climate change and ocean governance.

In parallel, activities open to the public

The three days of the One Ocean Summit will take place at the Ateliers des Capucins, the former naval arsenal at Brest. But activities open to the public will be organised in parallel at other sites. For example, the Institut de l’Océan of Sorbonne University Alliance, the French navy and the association Plankton Planet will organise the ‘One Ocean Invisible Life’ event on board the ship La Garonne, for people to learn about the invisible life of the ocean. Océanopolis and 70.8, a gallery for maritime innovations at Brest, will also be organising activities and lectures aimed at helping the public to better understand the topics dealt with during the Summit.