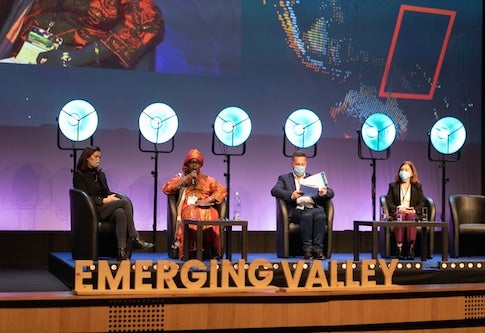 The 5th EMERGING Valley meeting was held at Marseille on 14th December. Patricia Ricard took part in the discussions, which were billed as “preparing effective advocacy for the next Summit between the European Union and the African Union in 2022“.

Every year, EMERGING Valley, launched in 2017, brings together investors, African start-ups and emerging African digital ecosystems. The aim is to enhance their attractiveness internationally and to boost their impact at global scale by creating synergy between the two continents.

Among the themes covered during the various sessions, a plenary session was devoted to biodiversity, a vital issue for our collective future, and to Nature-based Solutions 2.0. It was in this session that Patricia Ricard offered her contribution along with Didier Réault, Vice-President Delegate for Agenda 2030, Nature-based Solutions and Major Risks at the Conseil Départemental des Bouches du Rhône (local authority); Sarah Toumi, Coordinator of the Great Green Wall Accelerator – United Nations; Lydie Beassemda, Minister of Higher Education, Scientific Research and Innovation of Chad, who presented the example of the Great Green Wall: two million acacias planted to limit the impact of desertification. Everyone agrees on the necessity for collaboration between schools, enterprises and the State to generate solutions, but also on the importance of raising awareness and giving the population the means to become actors by adopting more sustainable methods of production and farming, and restoring the role of the living world at the heart of villages and cities. “Everything is connected”, insists Corinne Brunon-Meunier, Director General Delegate of the IRD: “innovation, civil society, employability, data management applications, etc.” The researchers at the IRD, highly mobilised in research in Africa, also make their research and their findings available for all: “Without the sharing of knowledge between all the actors’, she continued, “there can be no sustainable solutions”. And at a time when predictions of food crises in the medium term are more and more alarming, the solutions can only be collective. 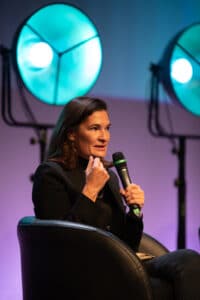 Fifty-four lectures, workshops and debates focused on other issues, all of them at the core of the event’s DNA: entrepreneurship for women, a social and inclusive economy, education, sustainable cities, mobility, cultural and creative industries and the funding of innovation. The aim was above all to “identify levers to strengthen economic and technological collaboration and to create synergy between Europe and Africa to serve populations, biodiversity, territories and the funding of innovation”.

All the solutions identified in the course of this event, held under the high patronage of the President of the Republic Emmanuel Macron, should be quickly written up and edited as “a plea to encourage economic and technological synergy in preparation for the upcoming Summit between the European Union and the African Union in 2022”.

Marseille, a bridge between two continents

Marseille, and Provence more broadly, seeks to position itself at the core of this synergy. “EMERGING Valley seeks to make Marseille into this fusion between two continents: Europe and Africa”, explained Samir Abdelkrim, the founder of this event and master of ceremonies, in his opening speech. Historically, the Aix-Marseille-Provence Region is indeed a key territory both for European companies seeking to develop in Africa and for African companies targeting the European market. With this aim, a partnership has been officially announced between Accélarateur M in Marseille and the Tunisian business incubator Connect’Innov to “identify and boost little African jewels seeking to develop in Europe!” 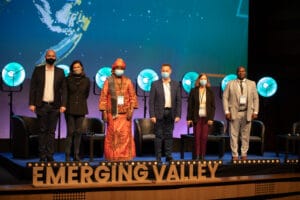 All the discussions are available in replay on the EMERGING Valley website.